Kitchen Design
The kitchen is one area of the home that sees the most wear and tear. All the water, heat, and food spills add up quickly so it’s important to focus on quality and lasting appeal when you’re choosing materials for a kitchen remodel. Here are a few things you should avoid:

Countertops
Cheap Laminate Countertops: The bottom rung of laminate is extremely susceptible to wear and tear. It can melt if you forget to place a hot pad under a pan that’s fresh out of the oven and the edges can chip off from repeated exposure to moisture and heat.

Paint
Flat Paint: A flat or matte finish is great in rooms with lower traffic, but it’s a bad idea in the kitchen where the walls are regularly exposed to splatters and spills. You need paint that can withstand an occasional heavy scrubbing, so opt for gloss or semi-gloss finishes.

Backsplash
Trendy Backsplash: If you watch any home remodeling show, you’ll certainly see kitchens with expensive, elaborate backsplash designs and materials. Those trends can be pricey to pursue and can look dated in a hurry. Subway tile is a cheaper, classic option that you’ll never regret, plus you’ll have more room in your budget to purchase quality materials to be used elsewhere.

Flooring
Cheap Flooring: Just like the countertops, your kitchen floor needs to be strong enough to take some abuse. Cheap flooring easily scuffs and peels (especially from moisture). Quality flooring is worth the investment.

I’m happy to report that Washington State continues to add jobs at a steady rate. While the rate of growth is tapering, this is because many markets are getting close to “full employment”, during which time growth naturally slows. That said, I believe that the state will add around 70,000 jobs in 2017. Washington State, as well as the markets that make up Western Washington, continues to see unemployment fall and I anticipate that we will see this rate drop further as we move through the year. In all, the economy continues to perform at or above average levels and 2017 will be another growth year.

This speedometer reflects the state of the region’s housing market using housing inventory, price gains, home sales, interest rates, and larger economic factors. For the first quarter of 2017, I moved the needle a little more in favor of sellers. The rapid increase in mortgage rates during the fourth quarter of 2016 has slowed and buyers are clearly out in force.

Matthew Gardner is the Chief Economist for Windermere Real Estate, specializing in residential market analysis, commercial/industrial market analysis, financial analysis, and land use and regional economics. He is the former Principal of Gardner Economics, and has over 25 years of professional experience both in the U.S. and U.K. 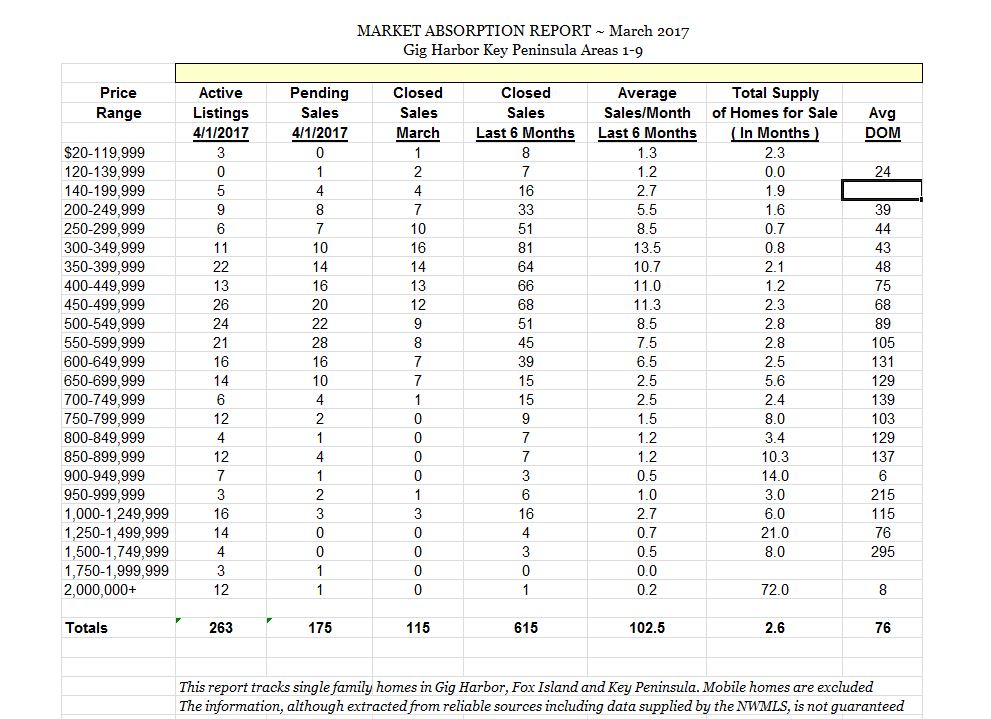 The Windermere Foundation By The Numbers

And every dollar donated is put to good use! As you can see from the infographic below, even small donations make a big impact and help us fund things like food bank meals, school supplies for underprivileged students, and resources for children in crisis. 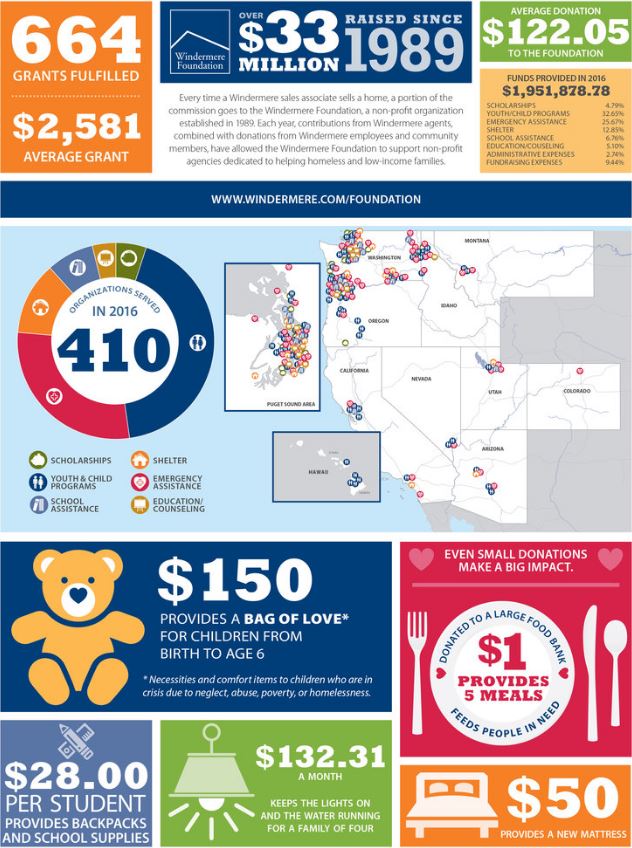 Such a simple question should be returned with a simple answer, right? Well unfortunately, determining the value of your home–or any home for that matter–can be a tricky process. You can go online and nowadays there are endless websites that will promise you a fast answer with fancy charts and graphs. As tempting as it may be to trust this information, be wary of letting a computer program tell you what your largest investment is worth.

The trouble with these websites is that they have little to no local market information. They are not aware that a new park is being built, or that a four-lane highway is being re-routed, or that you’ve lovingly cared for and maintained your home.

The bottom line is this: If you’re serious about getting an informative valuation for your home you should contact a local real estate professional. These professionals work with the actual people who will ultimately determine the value of your home–the home buyer themselves. This is their profession and they will be happy to sit with you and explain the current market conditions that affect your home value.